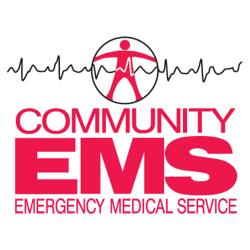 Established in 1982, Community EMS began with twenty-five employees and four ambulances. At present, there are over 500 employees among its organizations and has a fleet of emergency and non-emergency vehicles that include standard ambulances, mobile intensive care units and bariatric transport vehicles. In addition to an exponential increase in size and services offered, Community EMS has grown in structure.

Located at 25400 West Eight Mile Road in Southfield, Michigan, the company now occupies its fourth change of location due to continuing growth over the years.  This Southfield location houses our state-of-the-art 24/7 dispatch facility, which accepts over 500 calls each day. Other technological advancements include the implementation of electronic patient care reporting (ePCR) which allows EMS providers to use handheld devices to accurately and securely record patient data at the scene of the emergency or routine transport.

Over the past thirty-six years, Community EMS has developed a number of mutually rewarding relationships with other health care systems, municipalities, and ancillary providers. Community EMS has provided staff and vehicles for such national disasters as Hurricanes Ike, Rita, Katrina, Sandy, Florence, Harvey, Erma, California Wild Fires, COVID-19 FEMA Response and has engaged in county wide emergency preparedness plans and agreements. We have treated and transported to Army Core of Engineers Field Hospital at TCF Center.

Email me jobs from Community EMS